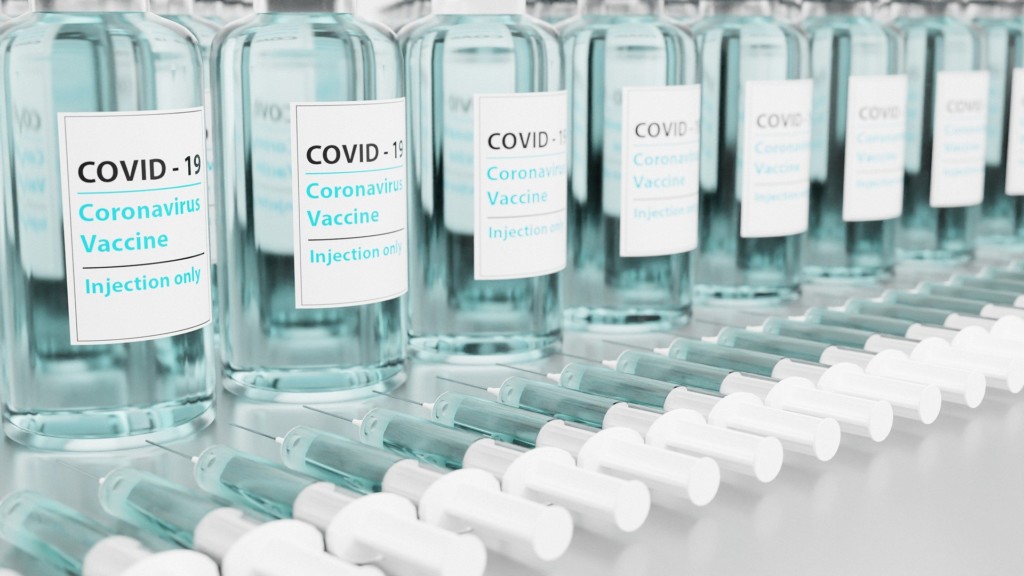 A clear case of Ambiguity – EU vs. AstraZeneca

In August, the European Union signed a framework agreement for more than 400 million vaccine doses with the pharmaceutical company AstraZeneca[1]. The drug was then approved by the European Medicines Agency on Jan. 29, 2021[2]. However, a week earlier the manufacturer surprised by announcing a reduction in supply[3]. According to the EU Commission, less than 40 percent of the expected quantity was to arrive in the foreseeable future[4]. The EU Commission was incensed, because it had promised the Swedish-British company 336 million Euros to increase production since it signed the contract in August, and had already paid out some of this money. According to the EU’s reading, the pharmaceutical company should have been stockpiling production. However, the EU’s accusations and displeasure are based on the “principle of hope” against the manufacturer, where instead clear agreements would actually have been necessary. But “clarity” was replaced here by “ambiguity”.

Oscar Wilde left the world of negotiation a wonderful quote when asked about the relationship between the United States and England: “Nowadays we have everything in common with the USA – except language!” That which sounds so absurd is true: we all only supposedly speak the same language, because everyone fills a term with their own ideas. And that, by its very nature, carries the risk of misunderstanding. Unfortunately, people are not by nature made to travel in the same worlds of thought. Or as George Bernard Shaw put it, “The trouble with communication is that you think you’ve succeeded.” These two quotes should have been internalized by the EU negotiators prior to the contract negotiation with the pharmaceutical company AstraZeneca.

Negotiations with potential vaccine manufacturers were not negotiations in an atomistic market or with a tight oligopoly, but with a monopoly. While there were MANY manufacturers working to develop different vaccines, ALL would have been treated as monopolists at that time. After all, whoever finds the right vaccine ultimately holds a unique position. And that’s the point: in the case of a monopoly, price no longer plays a role. Instead, the factors TIME and AVAILABILITY are the real bargaining chips. It now becomes only a matter of securing the product. Negotiations with only three or four vaccine manufacturers, who all see themselves as monopolists and therefore do not fear competition among themselves, need to proceed differently than public tenders. Since the vaccine offering is in great demand despite several manufacturers – i.e., it is scarce overall and will remain so in the long term – there is no incentive among the manufacturers to undercut each other on price or to outbid one another!

In the case of business negotiations, those three candidates most likely to cross the finish line first would be grouped together and an equal, large number of vaccine doses would be ordered from each of the three manufacturers. Since the early study data was generally promising and this is a product that is in global demand, the agreement would not end up being a mistake. Contracts would then have to be structured, for example, so that only a ten to 20 percent contingency payment would apply in the event of non-acceptance.

The EU could have created an additional incentive by granting a 50 percent premium on the price per dose for early delivery in December 2020, for example, and a reduced premium of only 25 percent in January 2021. Corporations like AstraZeneca are publicly traded and return-oriented. True, we’re talking about a large amount of money here – so it would have been a very expensive proposition for the EU overall. But in relation to this, the economic costs of each additional week of lockdown are significantly higher, at around 25 and 57 billion euros[5]. Apart from the economic costs, the health implications for the population should not be ignored. Every single vaccination helps to reduce the mortality rate. But these calculations would have been needed earlier. The EU is now faced with the dilemma of having to justify its own patience of waiting until the treaty was concluded in August and making itself a hostage to the previously unprofessionally negotiated contracts.

While the UK and the US had already wrapped up their contracts in the early summer months, the EU did not finalize them until the end of August[6]. Nevertheless, Brussels wanted to be supplied at the same time as the British – even though the United Kingdom had signed the contracts three months prior. A professionally managed company like AstraZeneca, with a precise production and sales plan, bases its planning on the order in which contracts are signed. To hedge risks, AstraZeneca also signed a “best-effort” agreement with the European Union.

The Danger of Ambiguity

In addition to the strategic error in the subject matter of the negotiations described above, there was another “cardinal error” that should be avoided at all costs in the negotiations. The lynchpin of the dispute between the EU and AstraZeneca is the term “best reasonable efforts,” which the EU considers to be unclear.

According to EU President von der Leyen, the “best effort” clauses contained in the contract were meant to refer only to the development of the vaccine and not its production. In total, the mentioned “best reasonable efforts” clause appears eighteen times in the treaty, covering best efforts delivery[7]. This is a vague and ambiguous formulation that carries no obligation and was obviously interpreted differently by both sides. I write “interpreted” here deliberately. As in the quote from Oscar Wilde, one must always realize during a negotiation that one is not speaking the same language. Language here does not mean native language, but the language of meaning. The negotiating partner may well understand something different by a term like “car,” “quality,” “reliability,” or “best reasonable effort” than we do. Professional negotiators get into the “head of the counterpart,” explore their conceptual world, in order to avoid unpleasant surprises after the negotiations or the failure of the negotiations. Ambiguity exists all the time, even in negotiations: In legal texts that are interpreted differently internationally; in translations, when a text is misunderstood; in terms that are valued differently culturally, or simply in technical terms that are understood or interpreted differently.

The Illusion of Understanding

Often, the participants in negotiations are under the illusion that they have understood the other person and penetrated the terms he or she uses right away; and so they continue to work with these terms. Only at a later stage do they realize – as in the negotiations with AstraZeneca – that they have been talking about different things the whole time, even though the negotiating parties were using the same words. But only ostensibly. The EU and AstraZeneca failed to find out what the other associated with the term, what it meant to them, and what significance it had for them. To be truly surefooted on this terrain, one must study the map of the other party. This means that the EU negotiators would have had to penetrate the linguistic world of the company representatives in order to understand them. All terminology conceals ideas of the counterpart. And working out these ideas is a permanent process that never stops in a negotiation[8].

The permanent alignment of perceptions and terminology is critical to success. This is especially essential for final contract texts, as the example of EU procurement shows.

As soon as a new term is introduced, it is imperative that it be thoroughly examined: What exactly does the other side mean by this term? What reaction does it trigger in you? It may come as a surprise that this topic receives so much attention. Especially when it comes to negotiating opponents who speak the same native language and work in the same industry. What kind of linguistic misunderstandings could possibly occur there?

In most negotiations, however, it is precisely this approach that is not taken into account. Just remember how it is with you when you are in conversation with others. How often do you assume that you have understood what the other person means? And how often has it happened to you that the other person felt misunderstood when you repeated their statements in your own words? All of a sudden contradictions appear and it is clear that that which was said was not understood and what was understood was not said. The statement was simply interpreted and the word of the counterpart was connected with the meaning it has for oneself. This is a mistake that causes conflicts even in normal everyday life, and can lead to a breakdown in negotiations.

A few years ago, I was called in for a negotiation involving substantial claims for damages. A pharmaceutical company had ordered the filling of a drug in so-called vials from a producer. Vials are small bottles used in medicine and chemical laboratories. Powdered drugs, solutions or suspensions can be filled into them in single or multiple doses. They are closed with a rubber stopper (injection stopper) or with a puncture membrane.

Over the course of the project, the term “vial” caused high demands from the pharmaceutical customer towards the European supplier. One side assumed that the bottom of the bottle should be produced as a “round” bottom. The pharmaceutical company, however, needed a “rounded” bottom (a HS bottom). The consequence of the different understanding of terms resulted in problems in logistics as well as in handling.

The customer insisted that all vials – and there were several million of them – be refilled into the desired shape with a rounded bottom. Who was now to pay for the necessary change? Both parties had signed the text of the contract, but neither party had pointed out a possible misunderstanding, because from both perspectives it had been “clearly” regulated. What is interesting about this case is that the possibility of a different interpretation was not seen when the contract was signed. There was no apparent intent to deceive or manipulation, it was simply the ambiguity of the term “vials.”

What exactly does the other person expect? What conceptions does he or she have? The task is to penetrate the world of the other person. Because if I have arrived in their linguistic world, I am also in their head. And if I am able to understand his terminology, misunderstandings and ambiguities can be cleared up. In fact, unclear terms are often the reason why negotiations fail in the middle of ongoing processes. Sometimes it happens that the two negotiating parties cannot trace back the term that was interpreted differently in each case, and the negotiation ultimately fails because of a different issue. The original reason – the “unsettled” term – remains obscured.

Misunderstandings are usually not the result of bad intentions, but on the clash of ambiguous translations or points of view. And with increasing globalization, misunderstandings in contracts and agreements will continue to grow. Even if there is a good intention on the part of all contracting parties. In the end, the only winner will be the one who makes the effort to understand the language world of the other party.

An effort that will hopefully also be taken into account by the EU in the years to come.