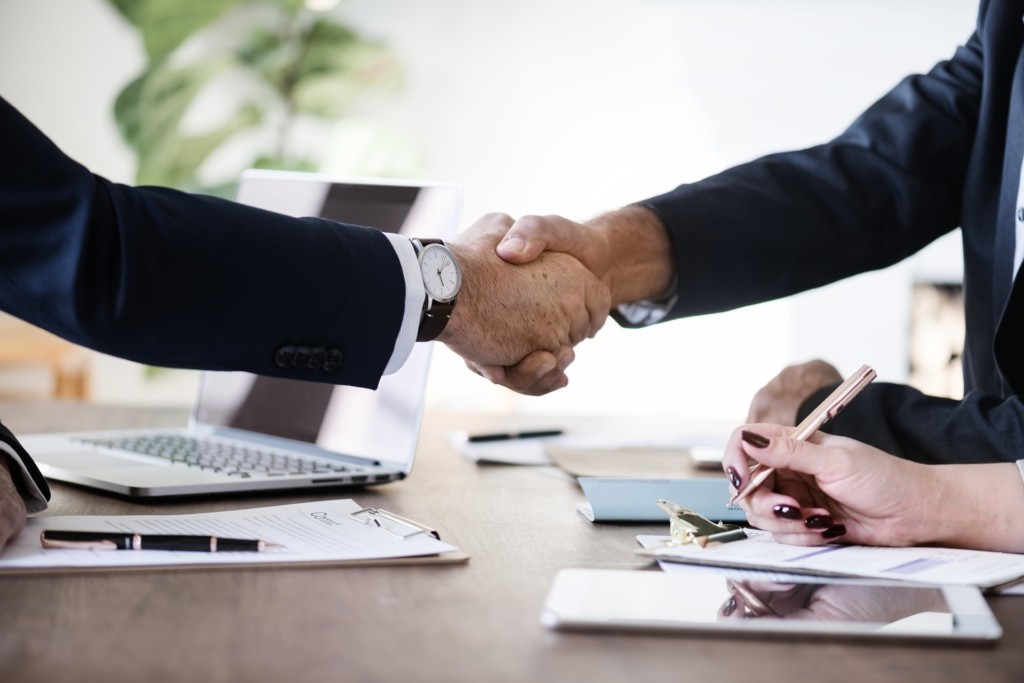 The last impression is the lasting impression: 4 strategies to Close a Negotiation successfully

You never get a second chance to make a first impression. We have all heard this line before. So,   true indeed. But it is the last impression we remember most. That also applies to negotiation situations. In every negotiation there are two pivotal moments. The beginning and the end of a conversation largely decide the success of the negotiation. Psychologically, the last impression is even more important than the first one. It is the last impression, which has a strong influence on someone’s judgement. Because no matter whether in a budget negotiation or when buying a new car – who cannot hold out until the end, negates his hard negotiating position. But how does one successfully end a negotiation?

The first impression decides if we like our counterpart and if we trust him. At the same time, this is the foundation for a successful and professional negotiation. As already explained in my last blog post the need to establish a trusting relationship is crucial in carrying out this strategy successfully. But even if the introduction was successful, the final minutes are just as important as the beginning of the conversation. Scientists have investigated that the last impression has a lasting effect on the judgement: Take a visit to the cinema, for example, where you find most parts of the movie boring. But the twist in the end is thrilling and you recommend the movie to your friends. In psychology, this effect is also called recency effect. The recency effect is a phenomenon that affects the short-term memory. It occurs when more recent information is better remembered and receives greater weight in forming a judgment than does earlier-presented information. The reason: there are no further informations that could overwrite the existing ones. The recency effect occurs in almost every conversation we have to end. This knowledge in mind gives the end of a negotiation a central meaning. Ignoring the fact may even endanger your agreements. In any case it has a negative impact on business relations as well as future negotiations. Four tactics may help you to successfully end a negotiation.

Establishing a sustainable relationship with your negotiating partner is the foundation for a successful conclusion of a deal.

The decisive factor is the ability to build up a sustainable relationship. Not for its own sake, but to achieve your negotiation goals. In negotiations, you have to establish a relationship based on trust. Without trust your negotiating counterpart cannot be controlled. Even if you would not care to drink a beer privately with your counterpart, establishing trust is critical to success. Such a professional relationship building is called ‘tactical empathy’. You must be able to recognize the emotions of your counterparts and interactively respond to them. Tactical empathy is cumulative. If empathy is used only at the end of the negotiation, this rarely leads to success. If someone displays no attentiveness, understanding, or insight throughout an interaction with you until the end – it will not work. It would be far better to express your empathy throughout the whole conversation with nonverbal and verbal signals in order to build credibility and trust. That is the only way to convince your opposite number, to believe your words, to gain insights to his or her arguments and demands and thus to control the conversation. The other way round, your counterpart will only engage with your arguments and be convinced of what has been said, if there is sufficient confidence. The continuous use of tactical empathy ultimately increases the chance to successfully end your negotiation.

Take the end of the negotiation into your own hands and do not leave the control to your counterpart.

To be successful it is not only relevant who controls the conversation during the negotiation, but also who controls the close. Especially if there is no agreement at the end of the first conversation, the control over the end is essential for future negotiations. Who ends the negotiation symbolizes power and control over the conversation and can thereby gain the upper hand over future negotiations. This tactic is even more important in telephone conversations, because no facial expressions and gestures can be used to signal control. So make sure you end your calls to strengthen your position. During my time as an investigator at the Bundeskriminalamt (BKA) we have successfully applied this tactic in difficult negotiation situations like extortions and hostage-takings. In my book, ‘Das FBI-Prinzip’, I explain these and other negotiation techniques used in working with hostage-takers, blackmailers and serious criminals.

Use the findings from the discussion process for the final negotiation phase.

During the conversation, an experienced and professional negotiator gathers valuable information about his counterpart. This information can be used in the final negotiation phase. Those who properly listened to their negotiation partner can react appropriately and steer the end in the desired direction. For example, if the other person is seeking power and control, which is often the case with dominant personality profiles, the following sentence can wrap up the deal ‘It sounds like you are powerless here’. No one wants to be powerless, especially not when it does not match with his own self-image. If there is anything he or she can do for you, your counterpart will move heaven and earth to keep from being powerless. In this case we work with another psychological phenomenon – the cognitive dissonance (you will find more on that issue in my negotiation book ‘Das FBI-Prinzip’). Another situation occurs when the other person is desperately trying to close well. The label ‘It sounds like there’s nothing I can say to get you to change your mind’ signals a willingness to compromise without letting the counterpart look at your hand. Now it is the turn of the counterpart to state his terms for an agreement.

The deal is settled. Now there is one last critical point. Your response to the solution also influences your counterpart’s judgement in terms of what he has achieved. Put the emphasis on mutual agreement, but do not mention, that it was a good solution for you (even if everything went perfectly well). Keep control of yourself both verbally and non-verbally. Do not show that you are pleased with the outcome. Make your counterpart feel comfortable and praise her or his negotiating skills: ‘We have achieved a great deal. It was not easy, but you are a very professional and experienced negotiator. Therefore, we have now found a common and solid solution. Thank you!’ No hesitation. Just say good-bye. What remains is the impression that he or she got the most out of this negotiation (even if that is not the case). He or she will no longer doubt the result. He or she will even defend it in their organization. Trust is built and maintained. In future negotiations you can control your counterpart even better. And last but not least you have achieved your goals.

It is not only the first impression that counts in a negotiation. Also the last few minutes decide on the success of a negotiation. Already during the negotiation you should keep an eye on the end and consider some important points. 1. By continuously using tactical empathy, we can control the negotiation and set the course for a successful conclusion. 2. At the end of the conversation, it is helpful to use the information about your negotiating partner purposely. 3. And in case you are in a negotiation lasting longer than one conversation: Be the one who ends the discussion to signal control and thereby improve your negotiating power. 4. Do not show you are pleased, even if everything went perfectly. Then there is a good chance to close your next negotiation successfully.