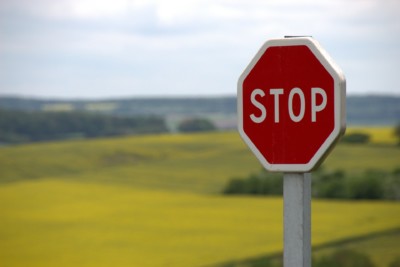 The G7 Summit in Biarritz about a week ago again demonstrated the complexity of international negotiations. Especially in times of egocentric negotiators like Donald Trump and Boris Johnson, the outcome of international meetings between heads of government, on topics from escalating trade conflicts and a hopeless Brexit to climate protections and the Iran deal, can hardly be predicted in advance. All these are sensitive issues and it is essential to develop global solutions in these fields. It is not only narcissistic heads of government, however, who often complicate their negotiations on the international stage. Generally put, there are many factors to consider in every type of negotiation when the negotiating partners come from different cultural backgrounds.

Every year, the seven formerly largest industrial nations meet to discuss global challenges. After such meetings, the media and the public often criticize the negotiated results. The supporters of the summits defend them, stating that it is very difficult to bring the various and often conflicting interests to an agreement. This time, French President Emmanuel Macron, host of this year’s G7 summit, even announced that he did not want to publish a comprehensive final declaration ­­­— an example that shows how entangled international negotiations can be. That being said, more difficulty in reaching agreements with international negotiating partners does not mean that there are no strategies to escape these pitfalls.

The core of dealing with the potential problems that arise in intercultural negotiations lies in optimal preparation. Politicians have an advantage at this stage, because they can fall back on a whole staff of employees and a long diplomatic tradition. The heads of government usually have significant experience on the international stage and therefore are more practiced than entrepreneurs, who have only recently begun expanding into foreign markets. The first lesson is: Preparing for intercultural negotiations is crucial and should be a high priority for companies. Therefore, prepare yourself specifically using the following questions:

Tensions in negotiations resulting from intercultural misunderstandings often linger below the surface. Mistakes may not be recognized at all because one’s own behavior is considered very polite and appropriate to the situation. In the end, the negotiators are surprised by the result and do not know why the contract was not successfully concluded.

What are the differences in intercultural negotiations?

Although it should be noted that general statements always have their limits when applied to individual cases, particularly in business dealings between Europe and Asia, there are differences in negotiation culture. For example, Europeans are often more result-oriented than Asians, who are more relationship-oriented. Result-oriented people want to get “to the point” quickly in negotiations and find their relationship-oriented counterparts to be slow and unambitious when they prioritize sounding out a relationship of trust. However, they themselves are often perceived as rude because of their restlessness and pragmatism.

This directness also becomes evident in verbal communication. For example, a German would usually prefer to address a problem immediately and directly. A Japanese negotiator, on the other hand, would try to express themselves more cautiously. This can lead to major problems in very trivial negotiation situations. If, for instance, a question arises in a negotiation that requires a “no”, such a response can massively worsen the negotiating atmosphere in some cultural circles. It would be more sensible to use phrases such as “we will take a look into that” or “this might become a difficult challenge” to indicate that the requirement is probably not feasible. Otherwise the business partners may feel offended. Negative issues, especially in the Asian cultural area, should not be directly addressed and verbalized, but rather described carefully.

Another important factor is the hierarchies in the other country. Some countries are characterized by rigid and formal structures and appreciate awareness of their status. If such ideas collide with those of insufficiently attuned business partners, a conflict quickly develops. The casual negotiating of one side is interpreted as impolite, while the other may be confused by the behavior of the counterpart. This kind of misunderstanding occurs especially often between the more informal Australians and the formal Japanese.

Stumbling blocks lurk even where they are not expected

There are also stumbling blocks, many where they may not be expected at all. Imagine the following situation: You have an appointment with a civil servant in India to discuss the realization of a major construction project. After you have waited more than half an hour, your conversation partner immediately commences with “business as usual” without a word of apology. What you may think of as an effrontery may not even be perceived as a mistake by your counterpart. This is because some cultures, especially the West, are very fixated on time and appointments. Other cultures, especially in Africa and Asia, are considered to be less focused on such concerns. What may seem lazy, undisciplined or simply rude from a Western perspective, potentially leading to prejudices, is often based on a different perception and appreciation of time. Vice versa, the western fixation on time schedules can even seem stressed or unpleasantly nervous. But you should be vigilant here. There are negotiation tactics where you test your partner with so-called rule breaks. Precise preparation, both for the respective culture and for the various tactics, can help to make an accurate assessment of the situation.

All these remarks reflect only a portion of what has to be taken into account when entering into negotiations in the international arena. Anyone who develops a sensitivity for these stumbling blocks is well prepared to conduct successful negotiations on any terrain. One thing should not be forgotten, however, is that each negotiation and each negotiator is unique. Stay flexible, prepare yourself culturally and adapt to the personality style of your vis-à-vis. Only then will you achieve a successful result. Even deeper factors such as relationships or dependencies should not be neglected when preparing for negotiations. In the end, you may end up facing a narcissistic negotiator like Donald Trump, who does not adhere to the unwritten rules and habits of intercultural negotiations, but is still at the table because they want something from you.

You will learn how to act in intercultural negotiations and what subtleties need to be taken into account, among other things, in my negotiation seminars at the Center for Negotiation at Quadriga University. In the seminars, we also give you the tools with which you will be best prepared for international negotiations.

Thorsten Hofmann, C4 Institute, Quadriga University Berlin
Thorsten Hofmann leads the CfN (Center for Negotiation) at the Quadriga University Berlin’s Institute for Crisis, Change and Conflict Communication C4. He is an internationally certified Negotiation Trainer and advises corporations and organisations in complex negotiation processes.
Previous post The SPD in the “Groupthink” Trap Next post Negotiate aggressively – When it helps!